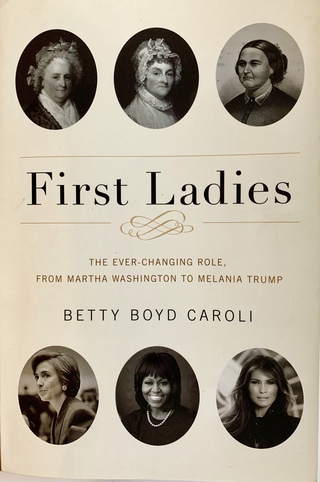 In May 2019, Oxford University Press published the latest version of First Ladies, including coverage of Michelle Obama's tenure and the first two years of Melania Trump's.  It also contains results of a 2014 poll on how Americans judged all First Ladies, from Martha Washington to Michelle Obama.  The book is available in paperback, ebook, and audio.

Frequently appearing on national television to discuss the role of presidents' wives in American politics, Caroli has been a guest on Today, The O'Reilly Factor, Lehrer NewsHour, "Book Notes" with Brian Lamb, and others. Outside the US, she has appeared on BBC, Al Jazeera, French Public TV, and Italy's RAI.

A graduate of Oberlin College, Caroli holds a master's degree in Mass Communications from the Annenberg School of the University of Pennsylvania and a Ph.D. in American Civilization from New York University. A Fulbright scholar to Italy, she also held fellowships and grants from the National Endowment for the Humanities, the Franklin and Eleanor Roosevelt Institute, the Hoover Presidential Library, the LBJ Foundation, and others. After studying in Salzburg, Austria and Perugia, Italy (but before joining the faculty at the City University of New York), she taught in Palermo and Rome, Italy.

She currently resides in New York City and Venice, Italy.

Caroli's  book tour promoting Lady Bird and Lyndon took her to the Texas Book Festival in Austin, Texas; to Dallas, where she spoke to an audience of 650 as part of the Authors Live! Series; to the Paragraphs Bookstore in Mt. Vernon, Ohio; to audiences in New York City, where she spoke at the 92nd Street Y, the New-York Historical Society, and the NYU Biography Seminar; to Washington, D.C., where she appeared at the National Archives and on Chris Matthews' Hardball; to Missouri for talks at the St. Louis County Library and the Kansas City Public Library; to the Gerald R. Ford Presidential Library in Ann Arbor, Michigan; Town Hall in Seattle, Washington; the Atlanta History Center in Georgia, and the Louisville Public Library in Kentucky.

Comments on the book:

"It's fantastic." Whoopi Goldberg, The View

"A great book. Everybody who loves politics has to to read this one." Chris Matthews, host of Hardball.

"Caroli redefines the First Lady as an iron fist in a white glove." Vanity Fair.

"Engaging....Caroli breaks new ground by drawing on newly available evidence--above all a trove of love letters from Lyndon and Lady Bird's brief courtship in 1934--and advancing a provocative argument to explain what held the couple together for so long despite their enormous differences....The book offers a convincing portrait of a level-headed, genial and talented woman who left an indelible mark on the nation." Austin-American Statesman

"Fascinating....What makes Caroli's insightful study of an underreported political partnership so appealing and so much fun to read is her masterful light touch, winning style and deeply informed feeling for her subjects." Dallas Morning News

"With research from Lady Bird's personal diaries and newly released letters between her and Lyndon during their brief courtship in 1934, Caroli makes a compelling case that the first lady was more important to LBJ's career than commonly believed." New York Post

"Insightful....Caroli recounts Lady Bird's progress from childhood to middle age with telling details and intriguing anecdotes....Caroli's book stands alone as a penetrating analysis not so much of two individuals but instead of a marriage that paired two complicated but devoted figures, a coupling that changed the face of America." Richmond Times-Dispatch

To reach me directly, use email: bettycaroli@gmail.com 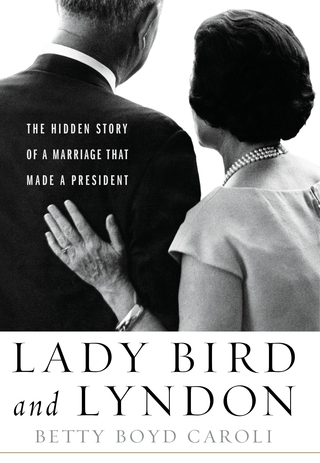 "A touching, sympathetic portrait of a successful marriage despite the agony and the stress.... Well done. An engaging dual biography of a most intriguing power couple."
--Kirkus

"Caroli...fills out the portrait of a pragmatic political partnership emphasizing Lady Bird Johnson.... Caroli discerns how only 'Bird'...could supply the gentle guidance and practical sense that he needed to succeed....Recommended for history buffs and devotees of human behavior."
--Library Journal

"The coach, the adviser, the steady soothsayer to an erratic man--in these pages, Lady Bird Johnson bursts from history's shadows to her rightful place at the heart of a stirring story....This is a tremendous work of scholarship and storytelling."
--Joshua Wolf Shenk, author of Powers of Two

"With a shrewd and clear eye, Betty Caroli has redefined one of the most compelling marriages of twentieth-century American politics....Lady Bird finally takes center stage.... We see for the first time her political acuity and business savvy behind the scenes...keeping her volatile husband steady during his darkest moments, and helping Lyndon turn his sweeping ambitions into action."
--Sally Bedell Smith, author of For Love of Politics: Inside the Clinton White House

"In Lady Bird and Lyndon, Betty Caroli takes us inside the biggest mystery there is: a forty-year political marriage. The romance, love affair, and partnership between Miss Claudia Taylor and Lyndon Baines Johnson are all here for the first time--and so are their struggles and heartbreaks, a reminder that politics is complicated but family is even more so."
--Michael Duffy and Nancy Gibbs, coauthors of The Presidents Club

"Engrossing and perceptive....One of the essential studies of a modern first lady written by one of the masters of the field."
--Lewis L. Gould, author of Lady Bird Johnson: Our Environmental First Lady

"Out of Caroli's strikingly original portrait of this strong, smart woman emerges an irresistible tale of politics, ambition, and the power of unconditional marital love."
--David Maraniss, author of First in His Class: A Biography of Bill Clinton

The Roosevelt Women
"A vivid portrait....Even readers who think they already know everything ...will be surprised--and delighted...." Geoffrey C. Ward, author of A First-Class Temperament, The Emergence of Franklin Roosevelt

Inside the White House

With more than 175 photographs, it takes you inside the world's most famous home.